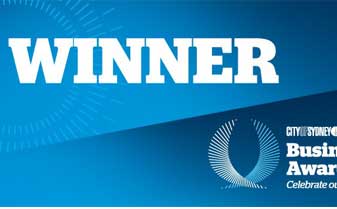 David Jones – The Electrician was the winner of the Electricians category at the 2012 City Of Sydney Business Awards.

Winners were announced at the City of Sydney Business Awards Gala Dinner, hosted by popular Sunrise personality David Koch, at The Westin Sydney, on 10 October 2012.

Every independently owned business with fewer than 200 employees is eligible to enter the awards. “These fourth annual awards have been a resounding success, with 60,000 public votes cast across 22 categories and 883 businesses nominated – a 38 per cent increase on last year” said City of Sydney CEO Monica Barone.